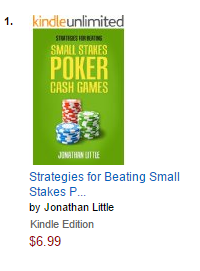 I was asked by a large number of my students to get some experience playing the small stakes live games so I could make a training product to help them crush those specific games. I did exactly that, and Strategies for Beating Small Stakes Cash Games was born. I owe a huge amount of thanks to everyone who inspired me to make this book! Thank you for making it the #1 Best-Selling Poker book on Amazon!

Today I am going to share a hand with you from a $1/$2 live cash game at Borgata, in Atlantic City. My table will populated with mostly 50-70 year old recreational players who liked to limp with almost their entire range of playable hands. When someone raised, it was usually to 6 big blinds, which typically resulted in everyone folding. Talk about a great game!

The lojack, hijack, and cutoff limped. I picked up Ah-Ts on the button and limped as well. Both raising and limping are fine options. I would typically raise in this spot but I was trying to get a feel for my opponents’ tendencies. The main reason limping is great is because it forces your opponents to stay in the pot with numerous worse A-x hands. Raising is ideal mainly when one or two people will call then play straightforwardly after the flop, allowing me to steal the pot when they have nothing while paying me off when we both flop top pair and I dominate them.

The player in the small blind, the only loose player at the table, a 30 year old Asian guy, raised to $7, which was quite abnormal. The big blind, lojack, hijack, and I called. I don’t particularly like his raise with any hand because when you are out of position, you generally want to play small pots. You certainly do not want to play a bloated pot versus four opponents with fairly wide ranges.

The flop came Ad-Kd-Qh, giving me top pair and a gutshot. Everyone checked to the cutoff, a 65 year old guy, who instantly went all-in for $45 into the $35 pot. He had made this move a few times during my first few orbits at the table but never got called. When you see someone making the same overly aggressive play over and over, you have to assume he has at least some bluffs or overvalued made hands in his range. However, he was 65 years old, so I folded with almost no thought. I also had to worry about the player in the small blind, who was clearly cutting out calling chips. This may sound quite tight, but I think I would fold K-Q and all worse made hands in this spot, reluctantly calling off with A-Q and better. If I thought the player in the small blind was certainly putting $45 in the pot, perhaps A-K should be folded. When you are against two likely premium ranges, you need almost the nuts to get involved.

That being said, the players in this game seemed to play fairly weak and passive before the flop but they almost never folded after the flop with any sort of decently strong made hand. I think most people at this table would have made the call with top pair plus a gutshot because they think top pair is “strong”. Just because your hand is reasonably strong on the hand ranking chart does not matter when you are against a range what is almost certainly premium made hands and premium draws. As expected, the player in the small blind decided to look up the cutoff and they both chopped the pot with the nut straight.

While I think my decision was fairly easy, both of my opponents played their hands horribly, assuming they think their opponents are capable of getting away from marginal made hands, as I did. After I folded, the small blind instantly put his stack in as if he could not wait to get his chips in the pot. Clearly this is a terrible idea because the lojack and cutoff still had their cards. When you have the nuts, the last thing you want to do is make your hand appear as if it is the nuts. This instant all-in move repeated itself over and over throughout my sessions, almost always with the fast bettor having the nuts. I can’t comprehend how they get action, but somehow they do. In these games, it seemed to me like most players were playing blatantly face-up. If you listen to what they tell you, you can steal the pot whenever they have nothing and make big folds when it is clear they want action.

If you would like to hear about many more of the significant pots I played at the $1/$2 tables in preparation for Strategies, check out this free 31-minute preview video of an exclusive webinar where I reveal more of the small cash game strategies I used that allowed me to win at $35 per hour. 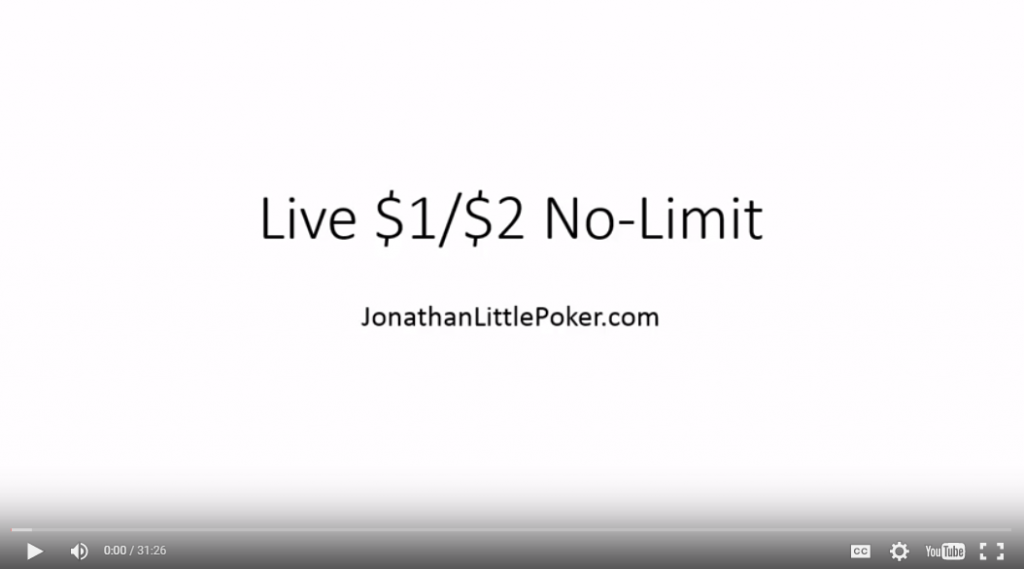