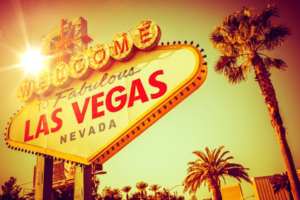 I was recently told about a hand from a $1,000 buy-in satellite into the $10,000 buy-in World Series of Poker Main Event that illustrates a costly flaw in the logic of numerous amateur players. About 70 players remained in the satellite with 19 lucky ones winning their Main Event seat, so the players were nowhere near getting in the money.

In a normal tournament, this would be an easy all-in with K-K, but in a satellite, you have to be careful to not recklessly risk a stack that is essentially guaranteed to get in the money. At this point, the average stack was about 52,000. Many players immediately think this means the K-K should be folded due to having a lot more than average (110,000) to avoid going broke, but that is far from the case.

Some players justify folding by saying they will find a larger edge in the future. While this may be true, they don’t realize just how large of an edge they need to find. If the player who made it 50,000 is 4-betting A-A – J-J and A-K, K-K has 63% equity, which is way too much to pass up on. Even if you take J-J out of that range, K-K still wins 57% of the time, which is a substantial edge in close to the worst-case scenario, as almost no one folds A-A – Q-Q and A-K. Don’t forget that he may even have a sporadic bluff or overvalue a hand like 8-8. Simply put, if he ever has A-K, J-J, or a bluff, folding K-K is a disaster.

The players who try to justify folding may also argue that they don’t want to risk their entire stack, instead opting to slowly grind up their stack by stealing the blinds. While slowly chipping up is a fine strategy, when the stacks are relatively short, as they are here (with an average stack of 20 big blinds), you simply must be willing to play substantial pots when you have a big advantage. Playing large pots with premium hands is where you generate a large portion of your edge.

There may be a bit of merit in reading into the bet size of the player who made it 50,000, as many players would tend to go all-in with most of their playable range when facing the 25,000 all-in. If the player with K-K knows the 4-bet indicates a huge amount of strength (such that he is against exactly A-A and K-K), K-K can be folded. In order to use a bet sizing tell to justify a huge fold, you need to have a strong read on your opponent, which will rarely be the case if you are playing against someone for the first time.

As you may expect, the player who made it 50,000 instantly called the all-in with A-A, busting the player with K-K. When players bust in this manner, it further hammers home the incorrect assessment that K-K should have been folded. As long as players let the short-term fluctuations of the game cause them to make dramatic, unwarranted adjustments to basic strategy, poker will remain a highly profitable game for skilled players.