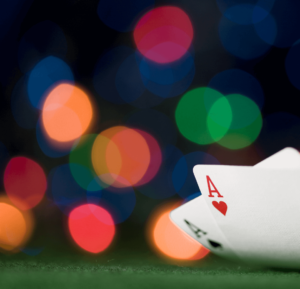 I was recently told about a hand from a recreational small stakes player that illustrates two detrimental mistakes many players make on a regular basis. In a $1/$3 no-limit hold’em cash game with $160 effective stacks, the players in first and second position at an eight-handed table limped. Our Hero decided to raise to $16 with As-Qd from the button.

While I am fine with raising the limpers purely for value, Hero should make it a bit larger, perhaps $22. The difference between raising to $16 and $22 may seem trivial, but there is a ton of long-term value to be had in making the pot a bit larger in position with what is often the best hand.

The big blind called and the initial limper 3-bet to $46. The second limper folded.

This is a difficult spot. If the opponent is a stereotypical $1/$3 player, you can be almost certain that he has a premium hand. While he may be bluffing from time to time, against one of these players, the wise play is to simply fold because it is too likely that you are dominated by A-A, K-K, Q-Q, or A-K. However, if the opponent is known to limp/3-bet with all sorts of junk, Hero should instead go all-in. While he will still lose his stack to A-A, K-K, and Q-Q, the opponent will be forced to fold numerous hands that have equity before the flop while also sidestepping difficult situations after the flop. As you can see, being aware of your opponent’s tendencies is vitally important. Fortunately, limp/3-betting sticks out like a sore thumb, so Hero should have a decent idea of his opponent’s tendencies if he has played with him much at all.

Hero chose the only play I dislike, which was to call. The big blind called as well (which was also almost certainly a mistake, given he was against two likely premium ranges). The flop came Jh-Th-9h. Both opponents checked to Hero. The pot is $142 with $114 remaining in the stacks.

With these stacks, Hero’s only viable options are to either check or go all-in. That said, I think checking is vastly superior to betting. It is nearly impossible for both opponents to have missed this extremely coordinated board, meaning Hero has essentially no fold equity. While I understand that the opponents’ checks may indicate weakness, they could also be slow playing/trying to extract maximum value from a flush or set. When you have no fold equity, you should simply check behind and try to improve on the turn.

At this point, Hero has to reluctantly call off the remainder of his stack. He has to put $54 into a pot that will be $370, meaning he needs to win only 15% of the time to break even. While he could be drawing stone dead, it is too likely he is against a set or over pair that he has the proper equity against. Calling off in this spot is never fun, but when you play poorly and paint yourself into a corner, you have to remain sane and make the only viable play.

Hero called, failed to improve, and lost to J-J.