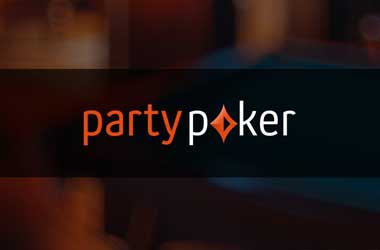 partypoker is taking its fight against cheats to the live felts. The online poker site has announced that players banned from its online platform will no longer be allowed to take part in its live events. It will start implementing the online cheating blacklist in the upcoming MILLIONS Europe festival in Barcelona.

partypoker has been leading the way in curbing the long-standing issue of cheating in the world of poker. Just a few years ago, it began its extensive crackdown on online bots, which was then followed by a ban on some third-party tools that are often used in cheating. The move has made an impact, as other major online poker sites adopted similar measures to provide a safer, fairer gaming environment for players.

Now, partypoker is spearheading efforts to prevent online cheats from carrying out their unscrupulous activities at the live tables, becoming the first online poker site to publicly announce the implementation of the online cheating blacklist.

partypoker’s decision to ban online cheaters from participating in live events couldn’t have come at a better time. A lot of stories have come out recently about players caught cheating in high-stakes games, some of them being well-known pros.

The likes of Ali Imsirovic and Jake Schindler have been exposed for their alleged involvement in multiple cheating activities. Earlier this month, there were speculations that the pair were blocked from entering the rest of the tournaments at the PokerStars European Poker Tour (EPT) stop in Monte Carlo after fellow players allegedly complained about sharing tables with them.

Their exclusion from the series has yet to be verified.

Imsirovic and Schindler were said to be among dozens of players banned from GGPoker for cheating, a claim they have not publicly denied. Cheating allegations also emerged against Bryn Kenney after an alleged former member of his poker stable revealed the poker pro was involved in ghosting and multi-accounting.

Commenting on their latest efforts to fight cheating, Juha Pasanen, Head of Game Integrity at partypoker, said the operator has a zero-tolerance policy for players consistently caught cheating, adding that those banned at partypoker and its sister sites are prohibited from taking part in any partypoker LIVE event.

Pasanen also indicated partypoker’s willingness to coordinate with other operators in enforcing a universal ban, saying that all operators must consider the idea and cooperate.