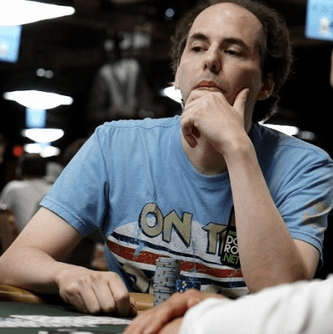 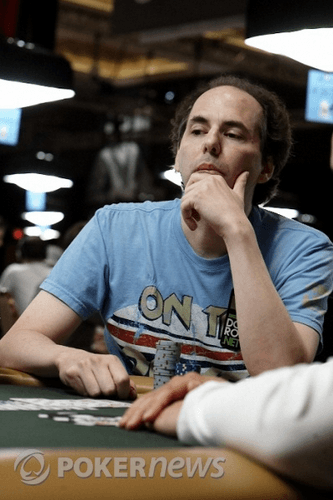 Time and time again, I see people play overly tight, hoping to get paid off whenever they pick up a strong hand. While everyone probably knows to simply fold whenever a tight player enters the pot, it seems like the tight player often finds a way to get all-in before the flop with A-A. The easiest way to avoid set-up situations against the tight players is to simply never give them action.

Suppose a player who looks, acts and plays tight opens to 500 out of his 10,000 stack from second position in the second level of a large buy-in event. So far, he has only played one hand, which happened to be K-K. Everyone folds to you on the button. With almost your entire playable range besides A-A and K-K, you should call, not because you’re scared of your opponent or his hand, but because you want to play a pot in position against someone who will virtually turn his hand face-up on most flops.

The flop comes Ks-7d-4c. Your opponent bets 600 and you elect to call. If your opponent bets again on the turn, unless you have A-K or better, you should fold. If your opponent checks the turn, unless you know he’s capable of check-calling with a hand such as A-A or A-K, you should bet the turn and the river to try to get him off marginal hands such as Q-Q and 9-9. This should be your default line against weak, tight, straightforward opponents. If you think your opponent would bet most turns and some rivers with Q-Q, or if you think he would never fold Q-Q on a K-x-x board, you should probably try to flop a strong hand while simply getting out of the way if you miss.

While this seems easy enough, I constantly see players call the tight player’s raise with a hand such as Kd-Qd, flop top pair, then call down when the tight player fires three sizable bets. Suppose the same action as before happened and you have Kd-Qd.  If your opponent fires on any turn besides a K or a Q, you have a fairly easy fold. Even though you have top pair, second kicker, you have to realize most tight players will have a range of squarely A-A, A-K, and possibly sets when they fire twice, making K-Q an easy fold.

As stacks get shallow, look to fold to the tight players’ initial raises. Suppose you have As-9s on the button with 18 big blinds. If a player who hasn’t played a pot in an hour opens to 2.2 big blinds from early or middle position, you have an easy fold even though As-9s is normally an easy push against most active opponents. It’s important to always think about your opponent’s range and how your hand does when called. If your opponent’s opening range is the same as the range he plans on calling your all-in with, you need a strong hand to push.

Another situation that often occurs is when you raise to 2 big blinds out of your 18 big blind stack and a tight player goes all-in for around 18 big blinds. Say you’re playing 500/1,000-100, you have 20,000 and raise to 2,000 from middle position with As-Jd. A super tight player in the big blind goes all-in for 19,000. Some players would assume this is an easy call, but against someone who is only going all-in with a range of big pairs, A-K and A-Q, you have an easy fold because you only have 32% equity against this range.

What this all means is that you should rarely give a tight player action when you have low implied odds. If you can accurately pinpoint your opponent’s range and realize it has your normally strong hand crushed, you have to fold. It’s important to always compare your hand to your opponent’s range, not the range you, or anyone else, would play in a similar situation. As long as you know how your opponent will play in most situations, you will be able to make excellent folds, saving countless chips in the long run. Just make sure you don’t mistake a loose player for a tight player.